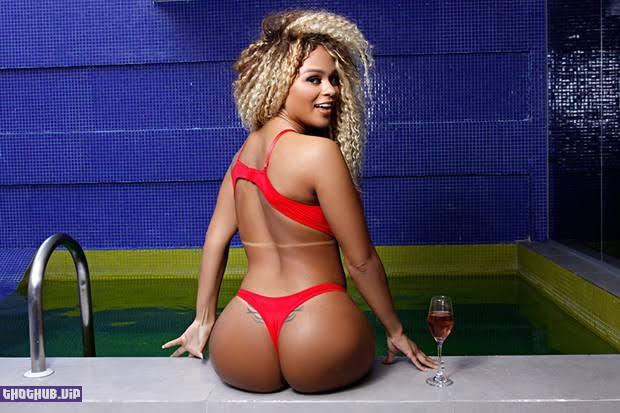 As you know, the butt is a universal preference around here, being the favorite body part of most Brazilians. In this sense, the “Miss Bumbum Brasil” award appeared in 2011 and aims, of course, to choose the most beautiful butt in the country. As well as well-known names participated in the program, several other muses emerged thanks to it. So, let’s remember all the winners so far.

The first edition of Miss Bumbum Brasil took place in 2011 and brought together renowned names such as Andressa Urach, Ana Paula Minerato and Babi Muniz. However, who took the edition was Rosana Ferreira, from Ceará, who emerged in the fashion world after winning the award.

Soon after, the muse performed an essay for Sexy magazine. Today, she has 150,000 followers and is well known for her partnerships with companies that perform tan with ribbon bikinis.

The 2012 edition of Miss Bumbum Brasil was controversial. Model Isis Gomes was the public’s favorite, but was disqualified for using substances to enlarge her butt. In the end, Carine Felizardo, from Pará, won the grand prize, in a tight final with Urach, runner-up.

After winning, Carine came to step out of the spotlight a little and became a beautician. Currently, she has become a fitness muse on Instagram, where she has more than 300,000 followers, and is studying Biomedicine.

In 2013, more controversies at Miss Bumbum Brasil. Two candidates were accused of bribing judges with millions of dollars. Even so, the edition took place normally, and Dai Macedo from Goiás won the title.

The model, who studied administration, created a YouTube account after the award. She partners with online stores and acts as a digital influencer on Instagram, where she has a million followers.

Presented by Andressa Urach (she’s in all of them!), Miss Bumbum Brasil 2014 again had accusations of favoritism and, still, confusion between the hostess and Dai Macedo, the last champion. The victory went to Indianara Carvalho. Second place went to Claudia Alende, featured on the blog a few days ago.

The model became news for having a surgery that “returned” her virginity, and has already revealed that she has performed luxury escort services. She also has an Onlyfans account (check it out here), but her Instagram couldn’t be found.

At Miss Bumbum Brasil 2015, the winner was Suzy Cortez, who has already appeared here and represented the Federal District. However, a few years later, she fired at the award organization and said she was ashamed of having already won the contest.

Nowadays, the model is known for having one of the most well-known and signed Onlyfans in the world. She is also passionate about football and went viral by getting an intimate tattoo in honor of Lionel Messi.

At Miss Bumbum Brasil 2016, Erika Canela made history by being the first black woman to win the award, representing Bahia. She shone dancing samba on the catwalk and won in an indisputable way.

Today, the muse graduated in Medicine and advertises for beauty products. She has 350k followers on Instagram and is always traveling around.

With ex-Fazenda Liziane Gutierrez (disqualified for putting silicone) and Raissa Barbosa, Miss Bumbum Brasil 2018 had Rosie Oliveira, from Amazonas, as the winner. She said that she separated from her husband to compete for the award, as he did not accept her career.

Currently, the model works with emotional intelligence and works in the market as a behavioral analyst. She also reaps the rewards of fame with sensual essays for her nearly 200,000 followers.

After a few years of “peace”, the 2019 edition was again controversial. The winner was Ellen Santana, from Rondônia, but another candidate, Aline Uva, stole the champion belt and claimed that her rival had a “plastic butt”, but the decision was maintained.

In addition to being the cover of Sexy, something common among the winners, the model also appeared in Playboy de Portugal and is successful as a dancer, with the right to participate in Carmaval.

Finally, after three years of absence (due to a pandemic and other reasons), the award returned in 2021 with established names, such as the return of Andressa Urach as a judge, and Juh Campos as a candidate. The winner was Lunna Leblanc, featured on the blog recently.

The model studies Performing Arts and has already appeared in Playboy in Denmark. She is a participant in the reality show “Musa do Verão” and has 250,000 followers on Instagram.

Did you like the post with the naked Miss Bumbum Brasil? So leave your opinion in the comments! Which women do you want to see on Testosterone?